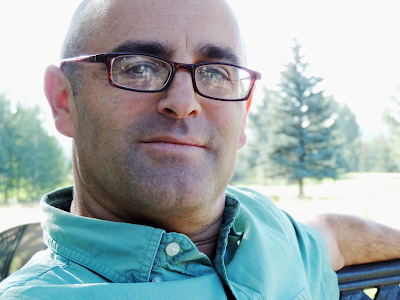 According to Jewish atheist Philip Zuckerman, "Staunch atheists show higher morals than the proudly pious, from the pandemic to climate change." In this self-parodying Salon article -- click the link, it's real, I didn't make it up! -- we learn that practicing Christians are less moral than atheists because:
Those are this three main points. (And let me just point out in passing how totally racist it is for Mr. Zuckerman to equate piety with being white.) The next set of points are from a paragraph full of hyperlinked buzzwords like "death with dignity" and "animal rights." I clicked them all so that you don't have to. Here are the findings:
And that's it! Not a single data point addressing uncontroversially immoral behaviors such as lying, stealing, or committing violent crimes. Again I remind you that the three "moral" issues highlighted by the article were: getting the peck, believing in anthropogenic global warming, and agreeing that a particular sort of weapon ought to be illegal. That is the article's definition of "higher morals"!
The paragraph about abortion is worth quoting in full.

But wait — what about the rights of the unborn? While many people oppose abortion on decidedly moral grounds, it is also the case that many others support the right of women to maintain autonomy over their own reproductive capacities, on equally moral grounds. Hence, the deep intractability of the debate. And yet, most Americans — both religious and non-religious — do not see the abortion of a non-viable fetus as being akin to the murder of a living human being. And let's be frank: It is impossible to square the assertion that the strongly religious are "pro-life" while they simultaneously refuse to get vaccinated, to wear a mask, to fight climate change, to support universal healthcare, or to support sane gun legislation. To characterize such an agenda as "pro-life" renders the label rather insincere, at best.

Abortion, you see, is different, because both sides hold the view they do on "moral grounds." Implicitly, this is not true of any of the other controversies listed, where one side is assumed without argument to be the moral one. People who support killing babies in the womb for convenience should not be judged immoral, because they are motivated by a concern for "reproductive autonomy." Those who support torturing suspected terrorists, on the other hand -- well, what possible motives could they have, other than a callous unconcern for human suffering?
One more bit I just have to quote -- and I assure you once again that this is not a satire and I am not making any of it up. Philip Zuckerman is a real person, not a character in a Nathan Roth novel.

[M]embers of religious congregations tend to donate more money to charity, on average, than the unaffiliated. And of course, the 20th century has witnessed the immoral, bloody brutality of numerous atheist dictatorships, such as those of the former USSR and Cambodia.
However, despite such complexities, the overall pattern remains clear: When it comes to the most pressing moral issues of the day, hard-core secularists exhibit much more empathy, compassion, and care for the well-being of others than the most ardently God-worshipping.

That's right. On the one hand, atheism brought us Stalin and Pol Pot -- but on the other, more atheists believe in global warming! One thing we can all agree on: despite such complexities, the overall pattern remains clear.
at August 29, 2021

And yet people (including self-identified 'white Evangelicals!) continue to be incredulous about the reality of moral/ value-inversion as mainstream, official and (increasingly) mandatory.

There is a point (which we have passed, long since) where there is So Much Evidence of value inversion; that Not to notice it, or to demand 'evidence' of it, is itself conclusive of oneself being value-inverted; and therefore being intrinsically unable to perceive it.

This is what it is to live in a totalitarian dictatorship - what is important/ true/ must-be-done is established by diktat... and there is no more to be said (but to obey).

Mind blowing. My question is. Is this gentleman of the faith a useful idiot. Does he really believe what he’s saying. Or is he an embittered, vengeful, incredibly manipulative individual who knows exactly what he is doing? Following the tried a tested formula of value inversion and cultural destruction. Does he detest and hold responsible, the entire white race, for past transgressions, real, imagined or exaggerated. Does he seek the eradication of whiteness and does he seek to eradicate Christianity. Is, he ( and the endless sea of his compatriots with an identical agenda), strategically evil or does he believe that he genuinely has the moral high. And what if anything are we to do about it?
Sorry that was more than one question.

This doesn't really address the content of this post, but I've never been able to wrap my head around the whole Jewish atheist thing. I mean, I understand that identifying as Jewish can be considered from a purely ethnic/cultural perspective, but how "Jewish" is this ethnicity and culture if it is removed from the religion upon which it was founded? It seems to be an identity steeped primarily in negative materialist opposition. A lot of "against" good without much "for" good.

All Jews are atheists Francis. Judaism is not really a religion, but a mockery of a God they don't believe in. The most "orthodox" Jews, i.e. the "Orthodox" Jews beleive in the Talmud, of course, which is what makes them "Orthodox." And the Talmud there is a story where the rabbis defeat God by creating a loophole in the Law, and God retreats saying "My children have defeated me! my children have defeated me!" and then it says that in this world there is no God left but "4 cubits of halakah is all that is left." Therefore, even the most "religious" version of Judaism is merely atheists parodying religion.

No, I don't think Mr. Zuckerman's black-and-white moralizing is sincere. Or if it is, it's "sincere cant."

All I can say is that "Jewishness" clearly is a real and significant thing, even though these days it has very little to do with the religion of Moses.

I would be hesitant to pontificate on what "all Jews" believe based on some story in the Talmud. It would be trivially easy to give Christianity the same treatment by cherry-picking from the New Testament. That said, all the Jews I have known personally have been atheists.