Trump is not on our side 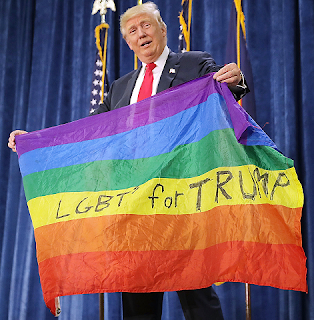 Frank Berger has recently posted on how he misjudged Hungarian PM Viktor Orbán as a potential good guy. Frank writes:

Poor discernment and judgement happens. I have discerned poorly many times in the past (I thought Orbán might be a force for good; I admired Jordan Peterson's stance against the trans agenda; etc.) and will likely do so many more times in the future. The key is repentance. Acknowledge your error in judgement, forgive yourself, and ask Christ to forgive you.

This reminds me that my last word on Trump on this blog has been "I stand with President Trump" and that I probably need to revisit and clarify that -- especially since I keep predicting that he will be reinstated, and predicting someone's victory is so often confused with endorsing that person. So here, for the record, is my current assessment of the President.
⁂
The good
⁂
The bad
⁂
The verdict
He's obviously better than whoever or whatever is behind Fake President Biden, but that's a pretty low bar. Ultimately, he's not on our side. I admit it'll make me happy when he's back in power, but it certainly won't mean all our problems are solved. Any enthusiasm must be ruthlessly kept in perspective.
at June 19, 2021

@Wm - I agree wit the assessment - not on our side and never was.

But I would add that I believe there was a time after the fixed election and around the turn of the year that he was very close to changing sides. His refusal to acknowledge the fix was admirable, and it was visibly pushing him towards repentance and renewal...

I continue to believe that a new lease of life as an openly Christian President and world leader (or else quite likely martyrdom) was a real possibility, in the period leading up to Jan 6 - but for whatever reason he caved.

(Ultimately from insufficient courage for sure - *much* courage was required and it is hard to be courageous in 2021 if not *really* Christian - plus too much expedient calculation of success chances. Sometimes one must just do the right thing, and ignore the 'probable' outcomes.)

Since then Trump is of zero interest to me; and I regard continued optimism for his triumphant return as a failure of discernment and a dangerous displacement. Of course he may return anyway (who knows?) - but if so, it will Not be a net-good, because at the wrong time and for the wrong reasons.

I look forward to Trump's return not because I think Trump himself will do anything great, but because it will mean the very public collapse of one of the Big Lies (the Fake Election), which may (or very well may not!) have the effect of waking a few people up and starting a domino effect.

I wouldn't call myself optimistic; just hopeful. And my belief that Trump will in fact return is neither hope nor optimism but simply my opinion about what is likely to happen.