So the Vatican's doing this thing. 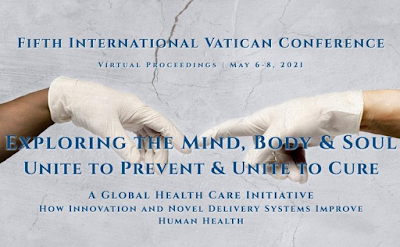 First the graphic: I'm sorry but, putting blasphemy concerns to one side, a coronaphobe version of the Creation of Adam is just a non-starter. "And the Lord God formed man of the dust of the ground, and breathed into his nostrils the breath of life." How are you going to do a masked version of that?

But of course I'm here to document Mormon, not Catholic, apostasy.

The speakers include prominent and diverse names such as the CEOs of Pfizer and Moderna, the former of which produces abortion pills; the Director of the National Institute of Health (NIH) Francis Collins, who advocates using fetal tissue in research projects; the head of Google Health, David Feinberg; and Dr. Anthony Fauci from the U.S. National Institute of Allergy and Infectious Diseases, whose advice to government officials played a major role in shutting down American churches last year.

NIH director Francis Collins has a long history of anti-life policies, and has previously acclaimed the "scientific benefits" which come from fetal tissue research, claiming that such work could be conducted "with an ethical framework."

He is joined at the Vatican conference by Salesforce CEO, Marc Benioff, who has firmly aligned himself with the globalist, liberal elite, by banning emails from Republicans and the Trump campaign in the wake of the January 6 Capitol protests, as well as prohibiting all clients from even questioning the 2020 U.S. election. Benioff has a history of promoting LGBT issues, and is described by Time as "one of the most outspoken executives," for LGBT affairs.

Numerous other medical professionals, representatives of U.S. federal agencies, university lecturers, high-ranking company officials, and musicians also form the number of speakers. There are only two Catholic clergy listed amongst the 114 speakers.

"Mormon Elder" William K. Jackson (sic; I'm sure he does not self-identify as a Mormon!) was promoted to the rank of General Authority Seventy in the April 2020 conference and gave his first General Conference talk in October. He spoke on diversity and equality.

But couldn't his presence at this Satanic conference be innocent? After all, even Christ mingled with publicans and sinners. Wait, there's more.

Perhaps as a sign of the Vatican’s recent declaration of financial difficulties, the conference is supported by numerous large organizations such as Sanford Health, Akkad Holdings, John Templeton Foundation, vaccine company Moderna, and the Church of Jesus Christ of Latter Day Saints.

So the Church of We Don't Use the M-Word Anymore isn't just sending a delegation; it's helping to bankroll the event, presumably with the tithes of the Saints.

Once an organization is 'converged' then the process feeds upon itself and continues (unless - I presume - there was explicit repentance; although I've not actually seen an example of this).

If we used Vox Day's 'five stages' as a model https://voxday.blogspot.com/2017/12/the-five-stages-of-corporate-convergence.html (mutatis mutandis) as a guide; then this seems analogous to stage 3: Moderate convergence.

This is when you first get "The corporate marketing begins to devote more attention to signaling corporate virtue than selling its products."

More generally, I think this is a beginning of a phase of being more explicit to the rank-and-file about where the leadership already-stand on key social justice issues, and where they are taking the church.

The lead convergence issues will presumably be (birdemic) healthism and antiracism. Almost certainly 'climate change' will be coming soon (since, as Frank informs us, all organizations will have to be explicitly 'on board' with the Green Transition or be driven out of existence).

I don't suppose the laity will notice much, because similarly minded to the leaders, until - as will *inevitably* happen (because convergence is *totalitarian* leftism [is there another kind?]) - the sexual revolution agenda starts to emerge.

Or else Stage 5 convergence and the horrible fate of The Episcopal Church (Aaargh!).

Wow, representatives of the CJCLDS now outnumber supermodels three to one at this conference!

Seriously, though, sending one of the Quorum of the Twelve removes the last vestiges of plausible deniability. 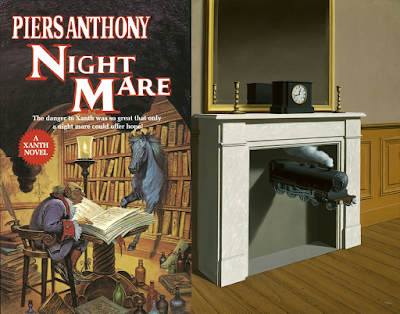