A five and a twelve

Background: One of my readers and correspondents has been experiencing a lot of synchronicities lately related to sequences of fives, and particularly 555.

On the morning of May 11, it occurred to me that the next day would be May 12, and that 5/12 seemed somehow mathematically significant. I couldn't figure out how, though; all that came to mind was that a dodecahedron is made up of 12 pentagons. I dismissed the matter from my mind.

That afternoon, I received a shipment of books for my school, and the invoice was for $3718. I immediately thought, "Hey, it's the number of the beast!" -- because 37 × 18 = 666. Then I realized that if I added instead of multiplying, 37 + 18 = 55. No sooner had I noticed this, and thought of my correspondent and his sequences of fives, than the phone number on the invoice caught my eye. It contained the string 555! As everyone knows, it is de rigueur to use 555 in fake phone numbers, but here it was in a real one!

I went about the rest of my day, and while I was on the way home, I thought about how I ought to email so-and-so and tell him about the fives. At the exact moment I thought this, I noticed an LED sign that said "5月5日到5月20日" -- meaning "from May 5 to May 20," and including three consecutive fives. Shortly after that, I passed another sign that had "55 50" on it (the prices of two different products, with the products' names written vertically above the numbers). And then I passed something I pass every day but had never particularly noticed before: the San Wu Rubber Company -- San Wu (三五) being Chinese for "three five."

So the numbers 5 and 12 can be combined in two different ways to make a cube. And how about the most obvious way of "combining" them? Well, 5 + 12 = 17 -- and, as anyone at all in touch with the world of conspiracy theories can tell you, the 17th letter of the alphabet is Q. (When Trump gave his Jan. 20 farewell speech with 17 American flags behind him, for example, this was seen as a reference to Q.)

I never really followed the whole "Q" thing, but the synchronicity fairies did occasionally take an interest. Back on January 13, I wrote a sync post about Q*bert, the video-game character whose name was originally going to be spelled "Cubert," a combination of "cubes" and "Hubert." So that's another link between cubes (plural) and the letter Q. In that post, I noted a Babylon Bee article that juxtaposed Q and Bert, which led me to the old "Bert is evil" meme and to the Scott Adams character "Catbert the evil HR director." Looking back at that post now, I see that two of the images I posted contain references to 5-and-12. 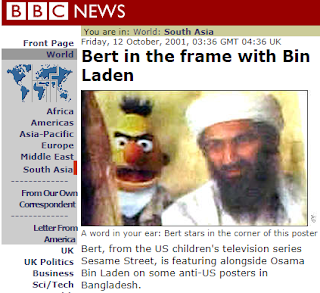 In the above "evil Bert" image, note the "Friday, 12." Here in Taiwan, both Friday and May are represented on calendars by the character 五, "five." 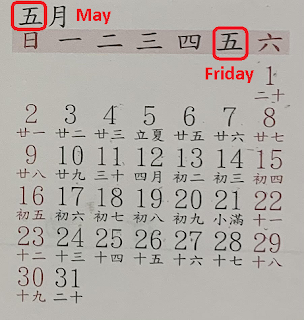 Because of the Catbert connection (the post was originally inspired by a cat named Q*bert), I checked Scott Adams' blog and noted that his most recent post highlighted Q. Now I see that it also just happened to be "Episode 1250" -- 12 and 5 together again. 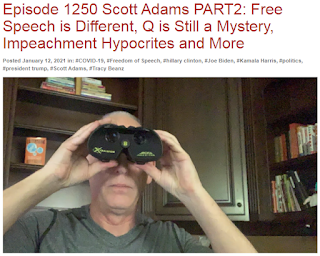 Late last night, thinking again about all the triple-fives, I suddenly thought that I ought to do a one-card Tarot reading. I was thinking I would most likely draw either the Three of Pentacles (three fives) or the Devil (numbered 15, which is also three fives). What I actually drew, though, was the Queen of Pentacles. 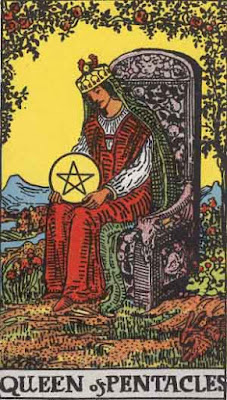 At first I was a bit disappointed, but then I realized the significance of Queen. Ordinary playing cards mark the queen with a letter Q in the corner. In Taiwan, because the Queen is two ranks higher than the Ten, it is commonly referred to as "Twelve." So, there you have it: 5 and 12 and the letter Q.
(Incidentally, this is the first time I noticed the rabbit in the lower right corner of the Rider-Waite Queen of Pentacles. Earlier that very day, I had suddenly felt an urge to make a list of all the specific plants and animals that appear in the Rider-Waite deck and which cards they are on -- and even though this involved going through all the cards specifically looking for animals, I still somehow missed the rabbit, only to have it jump out at me later, when I did the reading.)
One final coincidence: I normally record the date and time of my Tarot readings, and it just so happens that I drew the Queen of Pentacles at precisely 12:05 a.m. on May 12!
at May 12, 2021

Email ThisBlogThis!Share to TwitterShare to FacebookShare to Pinterest
Labels: Q*bert, Tarot, The highway is for gamblers

The pentacle is used in Sir Gawain & The Green Knight to symbolize the "five fives" https://owlcation.com/humanities/Symbolism-of-the-Pentangle-in-Sir-Gawain-and-the-Green-Knight

Five (faultless) senses
Five (faultless) fingers
Five wounds of Christ
Five joys of Mary
Five knightly virtues (can't find the Tolkien version atm... many of the translations seem to downplay the depth of meaning in each)

12 is the proper right number of knights for a round table, symbolizing time, month & the year cycle.

One of the groups of five (the Annunciation, Nativity, Resurrection, Ascension, and Assumption) are explicitly Rosary mysteries - the three groups of five. (Though in official modern Rosary, the Gawain listing is mix of Joyful and Glorious mysteries, while the wounds are only alluded to in the Sorrowful).

On the knightly front, did you bring this one up before?

The Wikipedia article on St. George makes the mythological connection to Horus defeating a crocodile (looks like a gator to me)

Gawain is known by different names and variants in different languages. The character corresponds to the Welsh Gwalchmei ap Gwyar, and is known in Latin as Walwen, Gualguanus, Waluanus, etc.; in French as Gauvain; in German as Gawein, Gawan, Walewein, etc.; in Italian as Galvagin and Galvano, in Spanish as Galván and in English as Gawain. The later forms are generally assumed to derive from the Welsh Gwalchmei.[1] The element Gwalch means hawk, and is a typical epithet in medieval Welsh poetry.[2] The meaning of mei is uncertain. It has been suggested that it refers to the month of May (Mai in Modern Welsh), rendering "Hawk of May"

Sorry about spamming your comments.

"Hawk of May" is interesting, especially in connection with Horus.

I haven't read Gawain and the Green Knight since childhood and had forgotten a pentacle was involved. Actually, my first thought on drawing the QoP was, "Queen of Tentacles!" -- in possible connection with "Bring forth the mollusk." 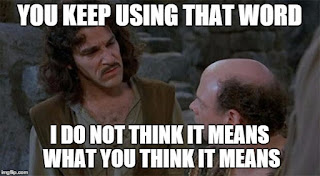