I was on the highway today, en route to Kaohsiung (a city I hardly ever have occasion to visit), and passed a van for a pet care company. What caught my eye, since I’d just been posting about winged animals going to heaven, was the cartoon pictures with which it was decorated: a French bulldog and a cat, each equipped with a pair of wings and a halo. That means they’re dead! I thought. Not the most reassuring message to would-be customers!

This recognition of “angel” as graphic shorthand for “dead” made me think yet again about my apparently failed prediction that Trump would win in 2020, based on the 20th Tarot trump, which clearly identifies Trump (name, birthday, hair color) — but as an angel. I thought of how I had later asked “Who is Joe Biden?” and drawn in answer this same 20th trump, which really confused me. (Looking that post up now to get the link, I see it was published exactly one year ago today!) In that post, I had referred to Biden and Trump as  Mickey Mouse and Donald Duck, respectively, and I thought about that for a moment.

It was in the middle of this train of thought that I saw this billboard and snapped a quick photo. 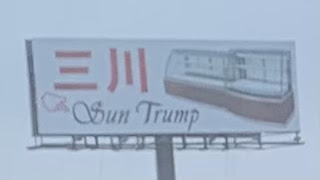 What first caught my attention wasn’t the name Trump, though, but the first Chinese character: three horizontal red lines, something I have posted quite a bit about (starting here). These three lines were used on several Jay-Z record covers from 2009, and in Biden’s 2020 campaign logos. Then the “Trump” character is just this same Biden symbol rotated 90 degrees, meaning that the differences between those two presidents are immaterial. Behind Donald Duck’s supposed rivalry with Mickey lies the fact that he, too, is the property of Disney, aka Devil Mouse. Oh, and 2020 was the Year of the Mouse.

“Sun Trump” also refers to the Sun trump of the Tarot, numbered 19. This is the number of the birdemic — the area in which Biden is most obviously Trump 2.0 — and I have posted before about how the Sun trump relates both to the birdemic and to Trump.

Email ThisBlogThis!Share to TwitterShare to FacebookShare to Pinterest
Labels: Donald Trump, Joe Biden, Tarot, The highway is for gamblers

That 90 degree rotation has been tickling my mind since I read this post the other day. From a geometrical standpoint, congruence doesn't care about rotations, but in other contexts rotations are very important.

My mind jumped to a context of something like force vectors as used in physics. Trump as orthogonal to Biden implies that rather than being in opposition or even on the same side, they do not affect each other at all.

90 degrees is also called a right angle. So is Trump the right-hand version of Biden?

Interesting thoughts, Ben. It may be relevant that The Judgement (the Tarot card that has been associated with both Trump and Biden) features the banner of St. George: a vertical red line intersecting a horizontal one. 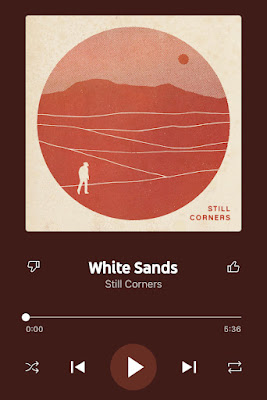