So, brothers, ring yourselves about
With nets to keep the devils out,
And shrink not, brothers, from the kill:
'Tis but your own suck'd blood you spill. 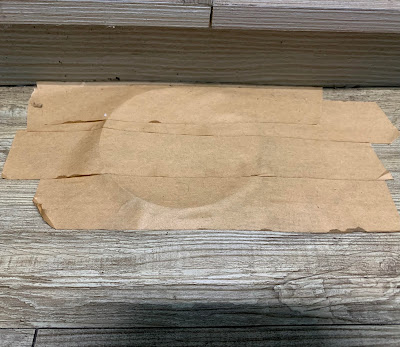 This happened a couple of weeks back, but I haven't gotten around to posting about it until now.

My place of business had a serious mosquito problem for several months. We had tried everything -- putting draught excluders on all the doors in case they were coming in through the cracks, running an electric bug zapper all night -- but it seemed there were still always lots of mosquitoes in the building. We thought they must somehow be breeding inside the building but couldn't find anywhere where they could be doing it.

On October 30, I finally found where they were coming from. On the floor of the back room there are, for reasons unknown to me, two little circular metal covers, as if there had once been drains in the floor but someone decided to repurpose the room and seal them up. (Perhaps that's what happened, I don't know. It's not a new building.) That night, I noticed that one of these seemed a little loose, so that I was able to open it with my fingers. I did so, and a veritable cloud of mosquitoes came pouring out. I sprayed them all, sprayed inside the hole itself, and then put the cover back in place and taped it down so that it wouldn't come loose again. Since then, there hasn't been a single mosquito.

Why do I consider this a good omen? Because a swarm of insects coming up out of a pit is an apocalyptic image -- from Revelation 9 -- and one that I wrote about recently, in the May 31 post "Do the locusts have a king?" The bottomless pit is opened, and monstrous "locusts" are unloosed, and "their power was to hurt men five months" (Rev. 9:10). The sealing of the pit, then, corresponds to Revelation 20, where Satan is bound and cast into the bottomless pit, which is then sealed shut for a thousand years ("the Millennium").

It's a curious coincidence that I posted "Do the locusts have a king?" -- illustrated with the Rodney Matthews painting "Out of the Pit" -- on May 31. This was a symbol of the pit opening -- and five months later, this symbol of the pit closing. If we look at calendar dates, from May 31 to October 30 is one day short of five months. But if we consider a "month" to be one-twelfth of a year -- 30.4 days -- it is exactly five months (152 days).

Not sure what to make of this, but, as I say, I take it as a good omen.

Email ThisBlogThis!Share to TwitterShare to FacebookShare to Pinterest
Labels: Revelation, The highway is for gamblers

I see a smiley face on the circle.

The word “smile” plays a prominent role in a post I’m working on at the moment.

On the analogical basis of the birdemic-mask's viral exclusion properties - surely you should be excluding the mosquitoes using a stoutly stretched barrier of chicken wire?


The Trickster/Joker/Clown wears a ''weird' smile for a reason.

I've personally had several events in my life where the Trickster crossed my path, in premonition dreams and in synchronicity event(s ) .
The Trickster is a powerful source to be reckoned with.

The Trickster crosses our paths to awake us from our Illusion, and to force us to confront this dimension's illusion and our place and belief in it.

The trickster offers us an opportunity to become our authentic self, which many of us refuses to do. ( hindered by our Ego. which our Ego is manipulated by our Opponents. ).
'
Our Trickster archetype is summoned ( by our Soul ) to offer us a valuable gift, which is the gift of : Know Yourself.
The Trickster smiles because he knows that if we learn our lesson well, we are transformed,
our Frequency/vibration is raised, and our ability to see past the illusion.
A rare gift indeed...

The Trickster can be our best friend or our worst enemy, depending on our reaction to the 'gift' offered. Everything has dual nature on this dimension. ( Negative and Positive Polarity )

I’ve used that same analogy myself. Unfortunately, logic stops a maskie just about as effectively as the masks stop the virus!

wrt the chicken-wire mask phenomenon: I see around me every day - what we have is a mass (deliberately induced and sustained) phobia, being controlled by compulsive rituals that have a (partial, temporary) effect of reducing anxiety.

e.g There are no rules, at present. An oldish man enters a cafe full of not-masked people including the staff. He wears a mask (under his nose, breathing through his nose) and social distances 2 metres plus as he queues up for a coffee.

Then he removes the mask and sits within 18 inches of other dozens of people packed together inside the cafe to drink his beverage.

All this done without compulsion, and indeed against the majority local practice.

What is going on?

I think it is that *failing* to perform the phobia-calming rituals causes acute anxiety, and introduces fear of losing control and having a panic attack. The specific nature of the ritual is irrelevant - each individual seems to modify the ritual a bit - but there must be a ritual, and it must be performed or else DANGER OF DEATH.

So the behaviour appears utterly irrational - but it serves a subjective short-term function; at the longer-term cost of embedding and amplifying the phobia-ritual complex.

There is also an element of 'anticipated decision regret' - in imagination, if someone got sick and had neglected the ritual, they would then blame themselves - and would appear stupid to others, and would deserve to die for their hubris against the gods (of Science).

@Bruce Charlton Thank you for writing this comment. It's related to something I've been wanting to ask you since I started reading your blog months ago. I apologize Wm Jas Tychonievich for continuing on this off topic subject. Have you ever heard of Ernest Becker and Terror Management Theory? Would you say these phobia-calming rituals might be related to this? It's something I only have a superficial understanding of but seems to explain many human behaviors I've noticed.