Freud's Philosophy of Transportation: Gonna give it a miss 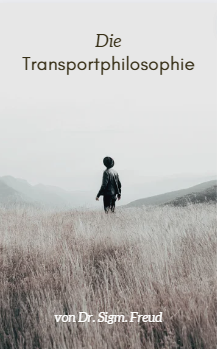 Last night, in the hypnogogic state just before truly falling asleep, I became aware of my in-between state and thought, "Je suis entre chien et loup" ("in the twilight zone," but literally "between dog and wolf"). My next thought was that, since I seemed to be in a condition approximating lucid dreaming, I should try imaginatively to enter the scene on the Moon card of the Tarot. This I was able to do -- but instead of appearing where I had expected to appear, between the dog and the wolf on the shores of the salt lake, I found myself inside one of the two towers and instinctively felt that it was the one that appears on the left side of the Tarot card. Instead of the rectilinear stone structure generally shown on Tarot cards, though, it was the old circular tower with white stucco walls and a spiral staircase -- the same building I had been in in my dream of September 3-4.
I thought, "I'm in a tower, which is a phallic symbol, and we know what Freud had to say about ascending a staircase in a dream . . ." -- at which point I lost lucidity and lapsed into ordinary dreaming, and the scene shifted.
No longer in the tower, I was now sitting at my desk in my study, typing out a highly qualified defense of the intellectual legitimacy of Sigmund Freud. This was a highly verbal dream, and I think this is what I wrote, very nearly verbatim: "Freud may have been a Jew, he may have been inclined to pettiness, and he may have been perversely persistent (and at times even successful) in trying to convince himself of a crudely materialistic view of the world, but none of this changes the fact that he was a thinker of genius and an astute observer of the human condition, and the current fad for dismissing him as a quack is just that, a fad, and is almost entirely wrongly motivated."
Later, I was scrolling through the archives of my own blog, reading something I had written back in 1930. Dr. Freud had just published a new book, called Die Transportphilosophie, with an English version called The Philosophy of Transportation, and I was not writing a review of it. Instead, I was writing an absurdly pompous and longwinded wall of text about why I did not intend to read or review the book. This was too long for me to remember word-for-word, but this is my best approximation of the style and content of what I wrote: "It is with a certain degree of trepidation that one sets out to dismiss without reading it this highly anticipated work from one of the most celebrated pens of our time, and I am well aware of the risk I run of making myself, like the critic who in 1964 opined that the four Liverpudlian songsters with their 'nutty shouts of yeah, yeah, yeah' were destined to fade into well-deserved obscurity, an object of ridicule to future generations who, for ought I can predict, may well end up looking back on The Philosophy of Transportation as Dr. Freud's masterwork. Despite this theoretical possibility, however, I must admit that I feel confident enough in my judgment to rush in where angels fear to tread and to declare boldly and without prevarication that transportation is a subject unworthy of a mind of Dr. Freud's caliber, that there is and can be no soi-disant 'philosophy of transportation,' and that even if there were or could be such a thing, the celebrated founder of the discipline of psychoanalysis would not be the one to write it. I confidently predict that this will prove to be as big a stinker as Moses and Monotheism and that there is a non-negligible chance of the word Transportphilosophie entering the English and other European languages and acquiring for future generations a proverbial sense analogous to that of 'Homer nods.' As a great admirer of much of Dr. Freud's work, I sincerely hope that he will prove me wrong in this regard, but until then my integrity as a writer demands that I express my true opinion, however unwelcome. Here I stand; I can do no other. I trust the reader has enjoyed this note."
at September 21, 2022