CJCLDS is down with the sickness 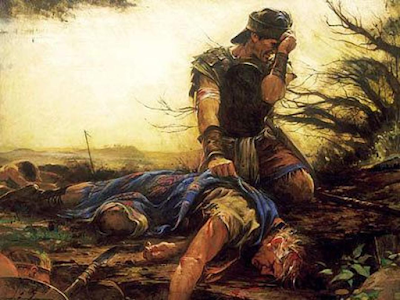 Can't shake the devil's hand and say you're only kidding.

-- They Might Be Giants
Some of my Mormon friends, those who are generally based but who still feel it their duty to trust the organization and its leaders, have tried to argue that the church's complicity in the ongoing crime against humanity is purely passive and pragmatic in nature -- that in its compliance with the masks, the pecks, and all the rest, the church is just trying to keep its head down, avoid political controversy, and focus on its spiritual mission. Even if that were true, it would be bad enough, but it is becoming increasingly obvious that it is not true, that the Latter-day Church of Thou Shalt Not Take the Name of Mormon in Vain is actively fighting on Satan's side in the spiritual war.
This is a transcript of the beginning of their October 2021 World Report (edited in the usual manner).

This is the World Report of The Church of Jesus Christ of Latter-day Saints, October 2021.
Coming up: recreating the ancient while restoring the modern. Film and newly dedicated historic sites connect people to the past while inspiring in the present. Housing, job training, and life skills. The Church's Transitional Services Initiative gives people a second chance.
But first, from refrigeration to mobile pharmacies, the Church's continuing partnerships provide relief and equitable access to pecks around the world.
Since the start of the birdemic, The Church of Jesus Christ of Latter-day Saints has joined with dozens of organizations to help quell the spread of the birdemic. In March, Latter-day Saint Charities, the humanitarian arm of the Church, donated $20 million to UNICEF USA toward UNICEF's role in the Access to Birdemic Tools Accelerator and the pecks arm called the COPECK facility, which aims to provide an equitable distribution of pecks to communities around the world. Pecks are rolled out in phases, prioritizing the most vulnerable: health care workers and persons 60 years and older, among others.
Over 100,000 doses of the birdemic peck have been delivered to Belize, but procuring the pecks is only part of the challenge. One of the key areas of concern for us as UNICEF in Belize has been in the health sector, especially the cold chain system. The cold chain includes refrigeration units and thermal boxes that keep the pecks at their needed temperature until they're ready to distribute. Doses are put into syringes and then into the arms of people, some of whom have been waiting for months.
I do appreciate it. I didn't expect it this soon.
From Belize to Sudan, from Kenya to Nepal, increasing the trust in peck effectiveness while dispelling misinformation has been critical to the global effort. After being informed of the process, Melissa Sanchez received her first peck.
If you are not pecked, it will limit what you can do.
This effort has been monumental. Its goal is to make nearly 1.5 billion doses of the birdemic peck available to at-risk populations in more than 180 countries and territories.
It's unprecedented in the history of the world where partners have come together to make this happen and to bring a peck which is going to be lifesaving to countries all over the world.

This is going to be a stain on the church's escutcheon, and an anti-Mormon talking point, for decades to come. Where, when the whole world was seduced by an evil lie, when cowardice and idiocy spread like a plague and veiled the whole earth in darkness, where then was the discernment of your so-called prophets? Where then the courage of your so-called saints?
Stay yourselves, and wonder; cry ye out, and cry: they are drunken, but not with wine; they stagger, but not with strong drink. For the Lord hath poured out upon you the spirit of deep sleep, and hath closed your eyes: the prophets and your rulers, the seers hath he covered.
Woe to the crown of pride, to the drunkards of Ephraim, whose glorious beauty is a fading flower. Lord have mercy on thy people. Moroni son of Mormon pray for us. Joseph Smith pray for us.
at October 01, 2021

If anything was broken I'm sure it could be mended.

@Ben - Broken things only get mended when 1. it is acknowledged that they are broken; and 2. effort is made to mend them. In other words - repentance must come first.

Otherwise all efforts will be misplaced, and will do more harm than good.

@Wm "This is going to be a stain on the church's escutcheon, and an anti-Mormon talking point, for decades to come."

Decades? Well, when any church begins to become converged onto mainstream materialistic leftism; it *always* declines very rapidly in terms of active membership - including when, as usually happens, senior 'managerial' funding and personnel increase in size both relatively and quantitatively.

Spiritual decline and corruption increase earlier and even more rapidly; as can be seen by all the Christian church responses to the birdemic; which exhibit not just insensitive discernment of evil (which might be merely a decline in strength of faith), but that value *inversion* (a hallmark of mainstream global leftism) which is a consequence of having *already* joined the side of evil.

In other words; a church ideologically joining-with 'the establishment' in 2020-21 is Far worse than would have been expediently joining-with the values of the Western nation states of 70, or even 50, years ago.

But, this time around, I don't think we have 'decades'. Not if we consider the already massive collapse in church attendance, tithing, participation over the past 18 months.

Near the root of this problem is, I believe, the lack of understanding in the CJCLDS that to lie is a sin, just as sexual immorality; and to sustain known and deliberate liars also. To be engaged closely with medicine, law, academia, corporations and government agencies - is nowadays to be complicit in systematic and calculated lying.

Mormons ought to know this better than almost anyone, considering their high rates of participation in such professional activities. Yet it seems this fact of sin in modern life - which absolutely requires repentance - seems to be either unnoticed or neglected.

At any rate, I have been looking for some sign of awareness of this damning endemic and extreme sin among the CJCLDS leadership for more than a decade, and failed to find any.

Since early 2020, anyone who failed to discern this sin, and reject those who engage in unrepentant lying and (worse!) deliberate-misleading, seems to have been drawn unconsciously onto the side of Satan by an irresistible magnetic force

Ben is quoting another line from the TMBG song I used in my epigraph, and his comment can be assumed to be thick with irony. Here's the immediate context:

I agree that a permissive attitude toward lying is at the root of the problem. (Google "lying for the Lord," and all you get is Mormon-related stuff!) This rot probably set in very early indeed, perhaps starting with JS's dishonesty about his own polygamy. In my own lifetime, one of the major pro-lying Mormon leaders has been the late Boyd K. Packer, whose talks "The Candle of the Lord" and "The Mantle is Far, Far Greater Than the Intellect" have been enormously influential.

Recent years have seen a trend in the CJCLDS towards greater openness about Mormonism's early history, but one gets the sense that this is more in the spirit of "warts and all" demythologizing than out of any fundamental commitment to honesty, and is thus actually a sign of further convergence.

"At any rate, I have been looking for some sign of awareness of this damning endemic and extreme sin among the CJCLDS leadership for more than a decade, and failed to find any."

I now realize that this sentence is ambiguous - my intended meaning was:

At any rate, I have been looking, for more than a decade, for some sign of awareness among the CJCLDS leadership of this damning endemic and extreme sin - and failed to find any such awareness.

I did select that line deliberately from the same song Wm had referenced, but with more hope than irony. That said, I know the song well so I knew the context before I posted, and it's not lost on me.

I'm always hopeful people will repent, and I invite where it's appropriate. I have less hope for institutions and organizations, but it's there. I continue seeking to do the right thing at any given moment and repenting when I don't. Like Bruce said, any other efforts without repentance do net harm.

Without context, your comment could come off as dismissive and the brokenness as purely hypothetical -- "Nothing's broken, but even if it was..."

I can see that; my apologies. I got excited because you were finally referencing music I know very well!

Well wife has general conference rolling in the living room. I had to leave the room, I was triggered by the sight of the non-Mormon Tabernacle Choir in its sparse array carefully not singing past each member's respective six foot bubble.

Henry Bee has kicked off the festivities by giving assurances that all necessary Kabuki has been piously performed.

At least the great and spacious building appears mostly vacated in the bleachers, so there is that.