This restroom reserved for the Duke of Earl only 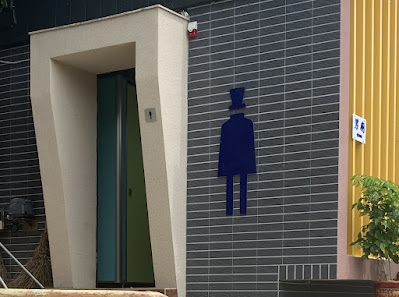 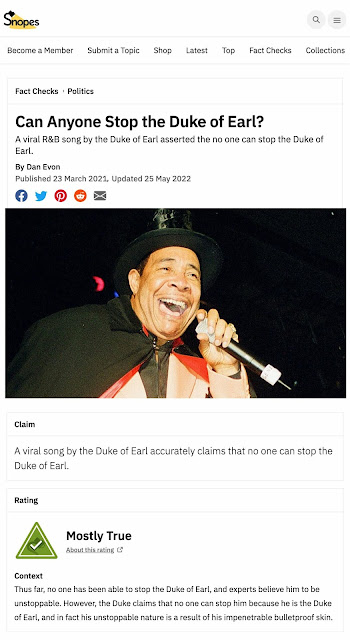 Email ThisBlogThis!Share to TwitterShare to FacebookShare to Pinterest
Labels: A little nonsense now and then, Gene Chandler

But the Duke of Earl could not be stopped from using Any restroom he wanted.

That's true. Because he's the Duke of Earl.

I was playing his song and tried to stop it, but was forced to listen till the end, because nobody can stop the Duke of Earl.

Those fact checkers need to check their facts.

The Duke of Earl does not assert that no one can stop him. He implies that NOTHING can stop him. Just because those materialist propagandists want to equate living, sentient personages as "things" logically doesn't mean we have to you. He merely asserts that no one can harm you in his presence. He leaves the door wide open for someone stopping him via means not involving things. For example, shouting "Stop, Duke!" might work uttered in a sufficiently authoritative tone.