Another link between John Dee and DeForest Kelley

In my recent post "Dee, Kelley, and Dee Kelley," I related how a sync with the number 333 in connection with John Dee and Edward Kelley led me to the 1960 TV pilot "333 Montgomery," starring DeForest "Dee" Kelley, later of Star Trek fame. I linked to a post by Dee Kelley's friend and former personal assistant Kristine M. Smith (now a "man" called "Kris" Smith, because you know everyone's gotta be trans these days) called "333 = DeForest Kelley Visitations!" -- about how the actor apparently used that number as a sign to communicate with her from beyond the grave.

Smith has published numerous books about her relationship with DeForest Kelley. Her website is called Yellow Balloon Publications. She uses this name because a yellow balloon is another of the signs apparently used by the deceased Kelley to communicate with her. Kelley had written a poem called "The Yellow Balloon" shortly before his death and asked her to fax it to William Shatner. There were lots of problems with the fax machine, and it took over an hour to send it. "When it finally went," she writes, "I knew I would never, ever forget De’s *%!#@*! Yellow Balloon poem!" She continues:

Just days after De passed away, I asked for some kind of divine “sign”  to let me know that he was okay now. The very next morning as I was driving the 405 freeway to Woodland Hills to sit with [Kelley's widow] Carolyn at the hospital, a free-floating yellow balloon passed directly over the freeway ahead of me about thirty or forty feet in the sky! My mouth flew open. I started crying right then and there! Only an Enterprise fly-by could have been more convincing (although that would have been delusional). I had my sign!

She goes on to relate several more "yellow balloon" events.

Okay, so DeForest Kelley is linked, by his name and by his use of the number 333, to John Dee and Edward Kelley; and he apparently uses a yellow balloon as a personal symbol. Now look at this: 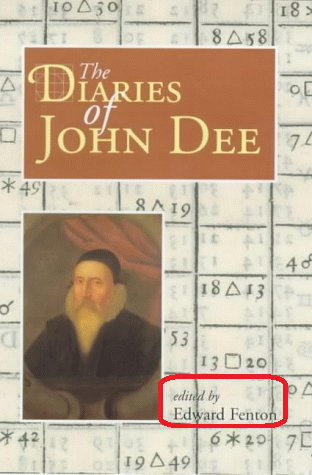 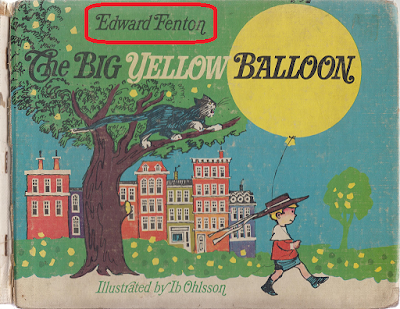 I haven't been able to ascertain whether this is the same Edward Fenton or just two people who happen to have the same name, but either way it's a pretty weird coincidence.
⁂
Note added: There's a Beach Boys / Brian Wilson link, too, sort of. 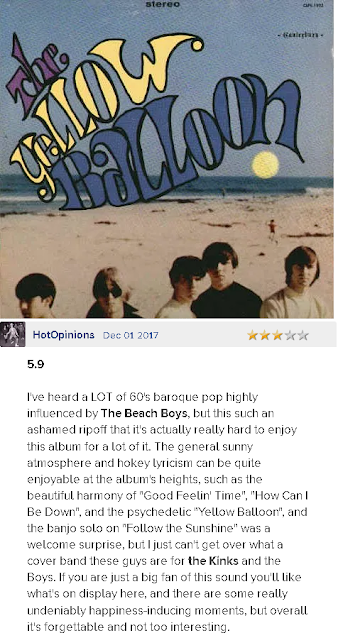 If you recall I shared with you my July 2014 Moon River Dream which I felt to have taken
place in a little town here in Ohio called Yellow Springs.

Also recall my previous commentaries here on your blog about the mythological Pan, being a Wind ( Air) energy. Pan is associated with the Pan Flute. The Flute being a 'wind' instrument.

Recall Biden's 2 "stumbling up the Air Force One" attempts. ( link below )
One stumble attempt took place on March 19 2021, and another Biden's "stumble up Air Force One" happened recently.

Biden's " stumble up to Air" is not a coincidence, IMO.
Perhaps the symbolic message is: The Eagle ( symbolic of the USA ) is losing its Lofty Position in the World?


Here is an interesting excerpt from an article titled : 7 Principles of an Eagle ( link below )

1. Eagles fly alone at high altitude and not with sparrows or with other small birds. No other bird can go to the height of the eagle. When Moses went to commune with God on the mountain, he left the crowd at the foothills. Stay away from sparrows and ravens. Eagles fly with eagles.


Yellow - the solar plexus chakra color is a primary color, composed from a single ray of light.

Yellow is the color of sunshine and it is the core of your being. It is at the solar plexus where the "I" shines from, where you feel the strength, will and personal power.

The energy of yellow is vibrant, optimistic, and full of energy. It is the color of youth, new beginnings, birth and re-birth.

At the same time, yellow is wise and knowledgeable.

As you unfold the petals of solar plexus chakra, you find a fire that burns within you, that gives you power and energy to stand for yourself and to assert yourself. You find trust and inner worth. That is the healing brilliance of yellow.
~~~~~~~