So I guess it's masks forever, then

It's not easy to distinguish oneself as the world's most ridiculous health minister -- there's some pretty stiff competition out there -- but I think Taiwan's "Tooth Fairy" Chen Shih-chung, the world's most powerful dentist, may have pulled it off.
About a month ago, there were reports that Chen was considering lifting outdoor mask mandates starting in July -- which would make a lot of sense since, with upwards of 99% mask compliance and tens of thousands of new birdemic "cases" daily, it's increasingly hard to pretend that the masks are doing anything. 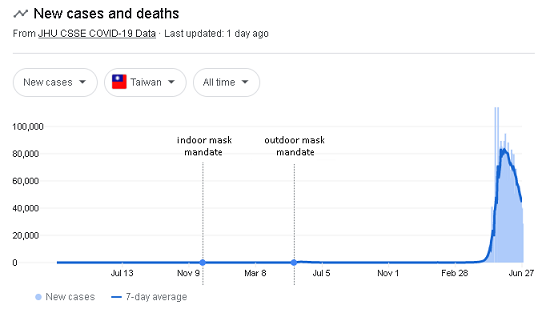 Since it's nearly July, I thought I'd check if they were still going forward with the plan to lift the mask mandates. No, of course they aren't.

During a press conference that afternoon, a reporter asked CECC head Chen Shih-chung (陳時中) to comment on reports that mask regulations would be relaxed in July and that the border will be reopened in August. Chen said that given the fluctuations in the outbreak, the CECC is not able to plan as far in advance as August, but will make adjustments in response to the epidemic situation.
Regarding the loosening of mask rules in July, Chen said "for the time being, we will probably not be implementing an overall relaxation of mask (rules) because, in addition to the birdemic, masks have a considerable preventative effect on other respiratory diseases." Chen did not elaborate on what other respiratory diseases the CECC is concerned about.
Chen said that even if the ban on masks is lifted, the relaxed measures will only apply to "special situations." Chen emphasized that generally, masks should continue to be worn at all times. 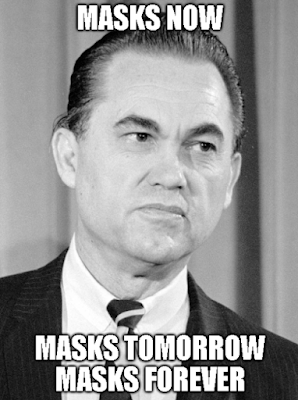 I know what you're thinking: What a betrayal of his dental principles! How many people are going to keep visiting the dentist twice a year if they know no one's ever going to see their teeth again? Right?
Don't worry. Tooth Fairy Chen is five moves ahead of you. 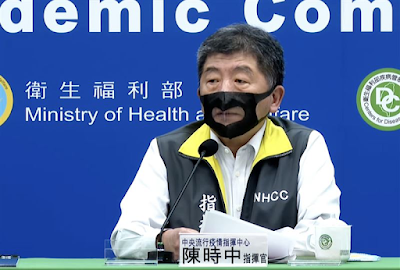 Of course I know you're not surprised?

That's how our Opponents Play Us (i.e. manipulate us), with a little bitter and then a little sweet.... aka Hope and Fear..

Ever seen the Netflix series the Squid Games?

Apropos Ra1119bee's comment I believe it worth sharing the following:

I cannot guess how I could live
Or call here on the Saviour's Name,
When distant Hope of Resurrection
Could not lessen His dismay;
But neither did the Fear of Death nor Hell
Lead Jesus Christ astray,
And each day he lived a Truth
That no Hopes nor Fears can sway.

Off topic - I dig the new photo.