Heading outdoors -- because I'm the sort of person that notices such things -- is an anagram of The Good Dinosaur.
The syncs documented in my recent post "The Doors" began when I noticed the cover of the magazine at the top of a stack of old magazines in a little-used room of my school. Today, the thought occurred to me that I should look at the magazine at the bottom of the stack, and -- well, if it isn't our favorite coelurosaur species again! 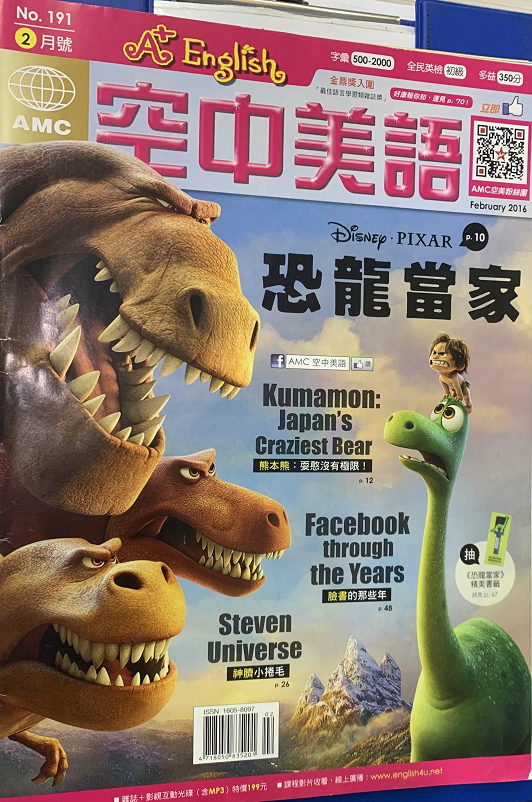 They look a bit big to be considered mini T. rexes, but two of them do appear to be much smaller than the other, perhaps juveniles?
I opened up to the cover story. Page 10 is just a full-page illustration, the same one that's on the cover, and p. 11 is a one-paragraph plug -- printed on a green background -- for a movie I had never heard of. The opening sentence is a (metaphorical) reference to time travel: "Pixar's new movie The Good Dinosaur takes us back in time."
Since there was no explanation in the magazine for how a human boy came to be consorting with dinosaurs -- literal time travel? another "boy stranded in the Mesozoic"? -- I checked the Wikipedia article for the movie. The first thing I noticed was the movie poster with which the article is illustrated: 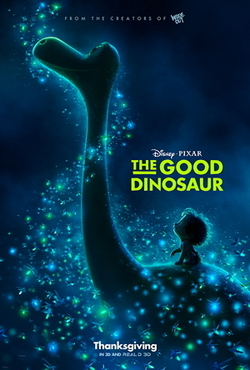 Doesn't that remind you a bit of this image from my last post? 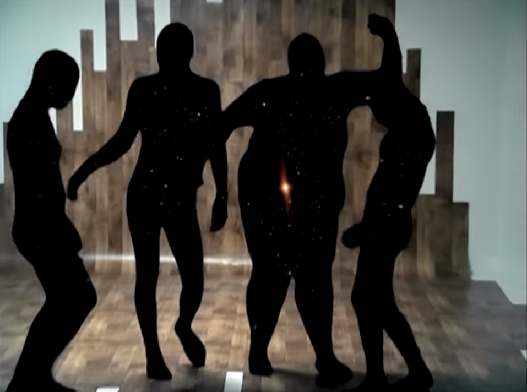 According to Wikipedia, it's not actually a time travel story; it's an alternate history in which the K-T extinction never happened.

Since The Good Dinosaur is set in a world in which dinosaurs never became extinct, they were instead able to evolve. Herbivores like [the Apatosaurus protagonist] Arlo and his family become farmers, and carnivores like the T. rex become ranchers. Because they are meant to be reminiscent of cowboys, when the T. rex run, their lower bodies mimic a galloping horse, while their upper bodies have the feel of a riding cowboy. To help inspire [the T. rex father] Butch's physical look and performance, the filmmakers looked at classic film cowboys such as characters portrayed by Clint Eastwood and Jack Palance.

I checked, and yes, the two smaller T. rexes are juveniles, the son and daughter of the big one. A more significant sync, though, is the fact that the T. rexes were intended to be reminiscent of people riding horses. See my January 11 post "Beware the ideas of Mach!" which features a mini T. rex race at Emerald Downs, which is a racetrack for thoroughbred horses -- T. rexes playing the role of men on horseback.
at January 17, 2023

Email ThisBlogThis!Share to TwitterShare to FacebookShare to Pinterest
Labels: Dinosaurs, The highway is for gamblers

What a pleasantly symmetrical anagram!