"The gate is strait, deep and wide" -- and doves

The Doors song "Break on Through (to the Other Side)" has been back in the sync stream recently. I've been trying to make sense of these lines:

Many lyrics sites have "The gate is straight," but this is surely an error. You might describe a road as "straight" but not a gate, and in any case the expression is pretty obviously an allusion to Matthew 7:13-14.

Enter ye in at the strait gate:

For wide is the gate,

and broad is the way,

that leadeth to destruction,

and many there be which go in thereat:

Because strait is the gate,

and narrow is the way,

which leadeth unto life,

and few there be that find it.

Strait and narrow are synonyms, as are the contrasting pair wide and broad, and notice how Jesus explicitly presents the wide gate as the opposite of the strait gate -- one leading to destruction, the other to life. So what can Jim Morrison have meant by "The gate is strait, deep and wide"? How can it be both strait and wide? And what does it mean to say that a gate is "deep"?

Of course, "deep and wide" is no more Morrison's own turn of phrase than is "strait is the gate." It's from an old Salvation Army song.

What did Morrison mean by this? Quite possibly nothing, or nothing coherent. The sync fairies, on the other hand, must have some reason for bringing it to my attention.
⁂
Yesterday, the red dove reappeared -- I mean a literal red turtle dove that had been following me everywhere back in August and then disappeared until yesterday. In my original red turtle dove post, I linked to my 2018 post on "The Rider-Waite Magician," which pairs the red dove from the Magician card with the white dove from the Ace of Cups -- and which also, I see now, includes an extensive discussion of the lemniscate symbol!

The Ace of Cups is also relevant to the song "Deep and Wide," in which the fountain flows "from the Saviour's wounded side." This is a reference to the Fourth Gospel account of the crucifixion, in which a soldier stabs Jesus in the side with a spear and both water and blood come out. The Rider-Waite Ace of Cups has five streams of water for the five wounds of Jesus, and it has water in a context where one would instead expect wine as a symbol of blood.
Yesterday, the red dove was not accompanied by a white one but by a green one. I saw the red turtle in the morning, and then in the evening I saw this: 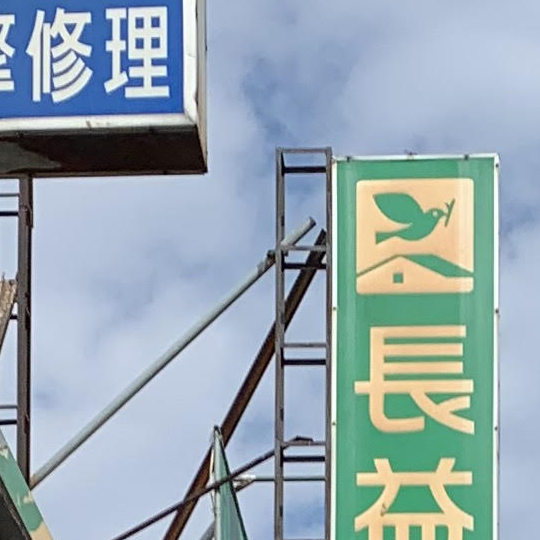 Later that evening, I ran across this on /x/. It's a reference to the running joke that "birds are fake" and are actually surveillance devices -- but in synchronistic context it seems like a warning against "false spirits," manufactured simulacra of the Holy Ghost. 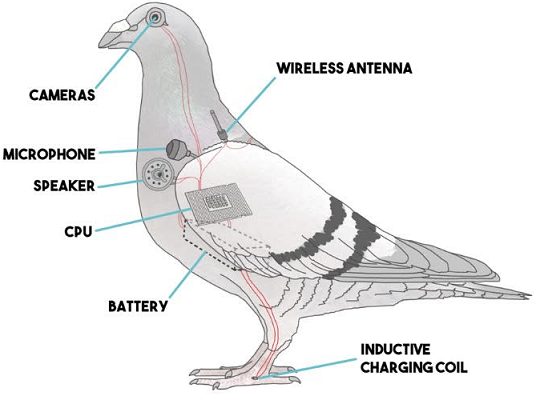 My orginal red turtle dove post didn't mention green doves, but it did pair turtles with the color green by quoting the Song of Solomon: "the voice of the turtle is heard in our land; the fig tree putteth forth her green figs." I had recently had an experience with green banyan figs at the time. That was five months ago. Now that the dove is green, I should go back and see if those figs are ripe yet. Ripe banyan figs are red. A couple of days ago, in "The invincible Lizard King," I quoted King Lear: "Ripeness is all."
First only green doors, now red and green. First only a red dove, now red and green. Is the dove linked to the door? I decided to look up the etymology of dove. The Online Etymology Dictionary says it's "from Proto-Germanic *dubon . . ., perhaps related to words for 'dive,' but the application is not clear unless it be somehow in reference to its flight." Wiktionary traces it back further, saying that the Proto-Germanic (which it spells *dūbǭ) is from Proto-Indo-European *dʰewbʰ- (“to whisk, smoke, be obscure”) -- so perhaps the original sense was "smoke-gray bird" or something? What about the possible link to dive? According to the OED, dive is "from Proto-Germanic verb *dubijan, from PIE *dheub- "deep, hollow" (see deep (adj.))." According to Wiktionary, that Proto-Germanic verb is made by adding a suffix to *dūbǭ, "dove, pigeon." As for deep, it traces it back to PIE *dʰewbʰ-, the same ultimate source it gives for dove.
So dove and deep are probably etymological cousins. The red and green doves implicitly correspond to the red and green doors, and the Doors song mentions a "deep gate."
⁂
Today, in my daily three-chapter Bible reading, I read this:

"Verily, verily, I say unto you, He that entereth not by the door into the sheepfold, but climbeth up some other way, the same is a thief and a robber. But he that entereth in by the door is the shepherd of the sheep. . . . Verily, verily, I say unto you, I am the door of the sheep. All that ever came before me are thieves and robbers: but the sheep did not hear them. I am the door: by me if any man enter in, he shall be saved, and shall go in and out, and find pasture. The thief cometh not, but for to steal, and to kill, and to destroy: I am come that they might have life, and that they might have it more abundantly. I am the good shepherd: the good shepherd giveth his life for the sheep" (John 10:1-2, 7-11).

This is a bit confusing, since Jesus identifies himself both as the door through which the shepherd enters and with the shepherd himself. Note that this passage about the door is also where the Christian phrase "abundant life" comes from; this is referenced in the last verse of "Deep and Wide":

There is life abundant -- gift from God our Father --
Source, whence ev’ry need may be supplied --
It is offered freely, without price or money,
Drink from Heav’nly fountains, deep and wide.

Email ThisBlogThis!Share to TwitterShare to FacebookShare to Pinterest
Labels: Doors, Doves, Green Door, Tarot, The highway is for gamblers

That bottle in the bathroom with the rabbit ears and the lemniscate. It has doves and a 335 on it. It's actually called 'Dove'. Not sure what colours they are.

I was also glad to see that 250 million young people are going to be helped with their self-esteem by 2030.

The figs are still green after five months. How long does it take?

Otto (on the other side of the door) said...

Before I read this post, I also thought that bible verse contained the word "straight", I was unfamiliar with the standalone meaning of the word "strait", although I was familiar with the idiom "dire straits".
So the lyrics probably are in fact "straight" which probably only seems like an error to someone highly familiar with the bible text and the English language, but I think it was easy for them to misremember the bible verse as "straight", even if that has a weirder meaning. Also, the used idiom "straight path" (frequently used the Quran) probably help to increase the probability of confusing.

Perhaps wide in terms of the gate's thickness, and deep as in height. A multi-level gate? As above, so below? Would fit with the red and white doves flying their respective ways.