Year of the Tortoise and the Hare 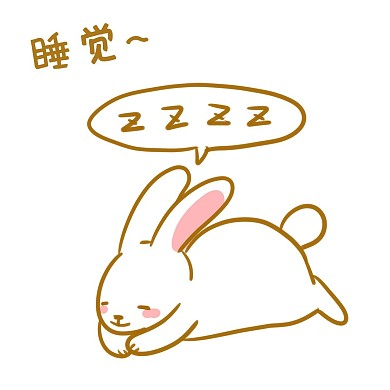 Did you know that the Tortoise and the Hare are implicitly a pair in Chinese astrology as well as in Aesop? Compare this section of the Chinese zodiac:
with the Four Symbols:
The Tortoise holds the same position as the Hare -- after the Tiger and before the Dragon. After the Dragon comes the Snake or the Bird -- calling to mind recent syncs regarding the bird-serpent Quetzalcoatl.
I've posted before about the appropriateness of the last few Chinese zodiac signs. The birdemic began in 2020, the Year of the Rat, rats being associated with plagues. The year of the pecks (called by a name which means "of or pertaining to cows" in French) was 2021, the Year of the Ox. The Year of the Tiger, 2022, saw the focus change to starting World War III. The White Tiger of the West is particularly appropriate, since the West was the aggressor, and the ineffectiveness of its attacks called to mind the old Chinese term "paper tiger."
In Aesop's fable, the hare loses to the tortoise because he forgets that just "being fast" isn't enough if you don't actually run. The Year of the Tortoise and the Hare opens with the U.S., personified in Sleepy Joe, complacent in its role as "superpower" and "leader of the free world." By the end of the year, no one will any longer be able to take that pretense seriously. The Tortoise -- also known as the Mysterious Warrior of the North -- will have pulled off the victory that was supposed to have been impossible.
The Chinese zodiac is actually a 60-year cycle, going through the 12 signs and the 5 elements. The coming year (beginning on January 22, 2023) is a Water Rabbit year (Water also being the element of the Black Tortoise). The last Water Rabbit year ran from January 25, 1963, to February 12, 1964. It was during this year that Bob Dylan recorded (October 24, 1963) and released (January 13, 1964) "The Times They Are a-Changin'."

Last night ( New Years Eve ) I decided to look at an old Twilight Episode.
I have stacks and stacks of Twilight Zone DVDs and I just randomly chose one to watch.

Each DVD has about 4 or 5 episodes. The particular DVD I chose included a 1960 episode
titled; The Big Tall Wish, which the man characters are all Black, which was unusual of course back in the day,but many 'trailblazers' back in the day such as Rod Serling, set a new mode of thinking which was absolutely refreshing to see.

In the episode ( which I've seen a gazillion times over the years ), there is reference by a little boy ( Henry Temple...who is psychic) regarding the protagonist an aging Boxer ( Bolie Jackson) who has lost his passion and optimism for life.
That reference is 'tiger'.
At one point in the episode, there is a scene with Henry and caged white rabbits.

What's also odd is that just this morning ( Jan 1 ) I had an interesting dream about me and someone ( I think it was my older sister) touring a very upscale Fertility Clinic.
Being boomers neither my sister nor I had children nor did we have fertility issues.

The dream was very intriguing as it made reference to 1-71( a North/South interstate here in Ohio ) and especially a meeting which we were invited to which was that Thursday at 3 pm sharp.
Of course the number 3 is symbolic of creation.

You can imagine my surprise to see your new post of the year, regarding the Hare.


Here's the Twilight Zone episode of The Big Tall Wish

I've previously mentioned the lions that used to appear in the Captchas that Discord gives me, logging in from a browser. In late September, I'd made a point to note an instance of turtles as well, since you'd brought them up a few days earlier. For whatever reason, I continued noting them through October, where they often appeared alongside rabbits. Doubt I'd linked that to the fable, seeing as turtles and tortoises aren't quite the same. Now I'm just wondering what was with the occasional ducks...

Some recent news reminded me of another event from the last Water Rabbit year; interesting to think how things with the old Fire Nation could have gone, had that not happened. Perhaps we'll see another premature change of leadership this year -- the loser now will be later to win? And as with rabbits digging burrows, who knows what else might be uncovered.

Time is a strange river. Much like flowing water, history repeats itself, but never in exactly the same way.

The order is rapidly fadin'...

And the last Water Tiger year, before 2022, was the Cuban missile crisis.

I took in a cat whose mother is a tortoise shell cat and for Christmas I bought him a dog chew toy rabbit.


My response: Recall my previous comments about Obama and what I believe to be Obama having symbolic connection with the Alchemical Peacock and the Lion King (BIG CAT).

Recall my prediction about Obama (which I first mentioned Harris) as far as who I believe will usher in a Triumvirate Governance in America after a Black Swan Event so as to usher in (at the Shifting of Ages) The New Atlantis (we currently know as America).

Also interesting in the lyric's references of the White Knight and the Red Queen which of course is the Alchemical Marriage/Intercourse. Red and White are the colors of Switzerland /Red Cross and the Knights Templars.

The name Alice meaning : of Nobility.

Also do check out the intriguing Netflix Time Travel series 1899 which I previously commented about here on your blog.
Jefferson Airplane's White Rabbit as well as Hendrix's Along the Watchtower is part of the music score.

And Last but not least, please do check out Twilight Zone's The Big Tall Wish, with both big cat( Tiger) and rabbit references, oh my!!!

Big Tall Wish was aired April 8 1960 which interestingly was also the Chinese zodiac Year
of the Rat.

Everything is connected, no?

I just thought of another Cat connection to the Obamas.
I don't know if you knew this but for several years, Michelle took the opportunity
to introduce ( PSYOP? ) Theodor Seuss Geisel (Dr. Seuss) work into young people's collective consciousness by reading The Cat in the Hat.

One of those occasions was at the White House's Easter Egg Roll of 2015,when Michelle read The Cat in the Hat to children sitting on the White House lawn.


What's interesting and odd is this : why would Michelle read the story of the Cat in the Hat at an Easter celebration, which traditionally is symbolic of rabbits?

Note the Red and White hat of the cat.

Hey, Rocky, watch me pull a rabbit out of my hat!