Standing in the Hall of Fame, and Christ at the door

I published "The Wizard at the green door" yesterday (August 6) at 4:14 p.m. Taiwan time. The post included  Let Him In, a painting by Mormon artist Greg Olsen illustrating Revelation 3:20 ("Behold, I stand at the door, and knock . . ."), and it references the Script song "Hall of Fame" (featuring, incidentally, my black doppelgänger will.i.am), a song which had come to my attention a few days previous, as documented in "When that gorilla beats his chest."

The first, received at 11:09 Taiwan time, had the subject line "Romans 13" and was just a link, with no comment but the two words "spot on," to this YouTube video:

Notice that the thumbnail features the word GOD with a green circle around it, a link to the circular green door imagery of my post.

The video cites various Bible verses in support of the argument that Christians have no absolute obligation to obey secular (or church) authority. At one point there is a pretty in-your-face synchronistic reference to "Hall of Fame" by The Script. 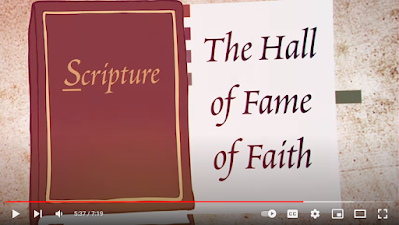 That this was sent in direct response to my posts about that song seems vanishingly unlikely. It was sent to five other people (mostly public figures not known to me personally) in addition to myself, and the video itself is a year old.

The second email, sent by a different Andrew and received at 11:36 p.m. Taiwan time, obviously was a direct response to my post. It had the subject line "Wizard at the door?" and had no text, only this image: 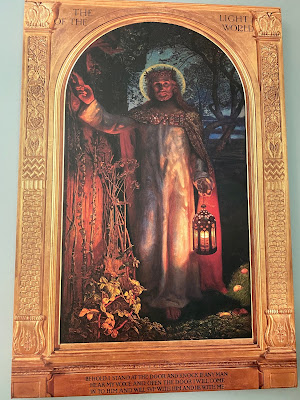 This was, as I have said, very clearly sent in response to my post, which featured a different image of Jesus knocking on a door, so it can't be considered a "meaningful coincidence," right?

On August 1, I posted "The most important teaching of the Book of Mormon" -- also about a Christian's lack of absolute obligation to obey any external authority -- and wanted to illustrate it with an appropriate picture. My first thought was Blake's Glad Day, but I decided its meaning was too obscure. I wanted to show that the ultimate authority is simultaneously God and each individual's God-given intuition or discernment. This made me think of how Jesus said both "I am the light of the world" and "Ye are the light of the world" (I thought of this again when I posted "The Wizard at the green door," which mentions that Jesus said both "Knock and it shall be opened unto you" and "Behold, I stand at the door and knock.") This led me to run an image search for i am the light of the world painting -- and the first result was the very painting, by William Holman Hunt, that the second Andrew would later send me by email. In the end I decided against using it, opting instead of Vrubel's painting of the descent of the Holy Spirit, but I did take note of the painting, which I had not seen before and which captures a powerful aspect of who Jesus Christ is.

I had not noticed, though, that it depicts Jesus knocking on a door. (The door is overgrown with vegetation and not immediately recognizable as such.) The search results showed only the painting itself, but the image Andrew sent included the frame, which features the text of Revelation 3:20.

While I was writing "The Wizard at the green door," I had the thought that the Statue of Liberty is green and is associated with the Emma Lazarus poem ending "I lift my lamp beside the golden door," but I dismissed the connection to the Green Door theme as too tenuous to be worthy of note. Now, though, it occurs to me that Liberty Enlightening the World -- finished about 30 years after Hunt's The Light of the World -- almost appears as a parody of that painting. Hunt's Christ wears a greenish robe and a crown, holds a lamp, and stands beside a golden door. Bartholdi's statue replaces Christ with Mithras, and the Light of Christ with the "light" of revolution.

It is interesting that I considered Hunt's painting as an illustration for a post about the Book of Mormon, and then in my "Wizard at the green door" post I used a Mormon artist's rendition of the same verse from Revelation.

Looking for Greg Olsen's painting of Christ knocking, I ran across this picture, Even a Sparrow, by the same artist. 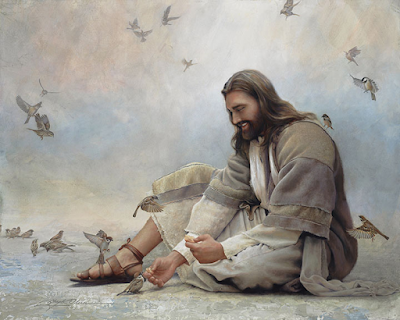 This is clearly a reference to Jesus' saying about God taking note even of the fall of a sparrow, but what it first made me think of was the apocryphal legend about the child Jesus breathing life into sparrows made of clay. Today I happened to read a reference to this same legend in Éliphas Lévi's Histoire de la magie:

There is a beautiful allegorical exposition in the apocryphal gospels of this criterion of certitude in respect of Christianity: its evidence is that of realisation. Some children were amusing themselves by fashioning birds of clay, and among them was the child Jesus. Each little artist praised his own work, and only Jesus said nothing; but when He had moulded His birds, He clapped His hands, telling them to fly, and they flew. So did Christian institutions shew their superiority over those of the ancient world; the latter are dead, but Christianity is alive.

The painting also reminded me of a vivid dream I had as a child, in which I had written a trilogy with the evocative titles Like Sheep, Many Sparrows, and The Sign of the Dove. From time to time it occurs to me that I should try to write those three books, but I have never known what should be in them. I suppose their time has not yet come.

One last thing to note: My post featured Gandalf knocking at the green door. The Hunt painting features Christ at the door, with a lamp. Some time ago (I can't seem to find the original post), Bruce Charlton posted about a Tolkien-themed Tarot deck which portrayed the Magician as Gandalf. I left a comment saying that this was wrong, that the Magician should be Fëanor, while Mithrandir was clearly the Hermit. The Hermit of the Tarot holds a lamp much like that of Hunt's Christ. 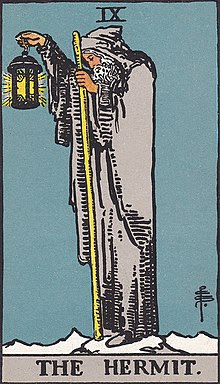 You wrote:
While I was writing "The Wizard at the green door," I had the thought that the Statue of Liberty is green and is associated with the Emma Lazarus poem ending "I lift my lamp beside the golden door," but I dismissed the connection to the Green Door theme as too tenuous to be worthy of note.
~~~~~~~~~~

As I'm sure you know, The Statue of Liberty is copper.
The patina on copper is Green.
I'm also sure you know that Copper is conduit of energy and some believe that copper is a component for 'Time Travel', which is perhaps why there is massive amounts of copper used on the Large Hadron Collider at CERN?

I'm not saying that I believe that Time Travel is possible, at least for the physical body, but it is a very thought provoking theory, at least to me , nevertheless.

Also very interesting is that there were copper objects found inside the Great Serpent Mound.
The largest copper mine from Adams County is in Lake Superior in Michigan.
I also found interesting that copper's atomic number is 29 which equals 11.

Perhaps the 'Green Door' may be symbolic of Copper and Time Travel?

Also information about copper sheets used at the Serpent Mound

So Gandalf is the Hermit, which is the 9th card. 9 like Mr Hawk.

So maybe we can identify Gandalf with Michael.

We've had that picture/painting hanging in our bedroom. It's a photo of the painting in a Church, but now I forget how I found that full version.

While the door itself isn't green, it looks overgrown with greenery and Christ has a rather wizardly aspect. It really evokes a magical/mystical sense and is one of my favorites.

Okay it was easy to find again. St. Paul's in London: https://www.stpauls.co.uk/light-of-world-by-william-holman-hunt

Waite wrote that the Hermit card “blends the idea of the Ancient of Days with the Light of the World.” Waite lived in London and published his Tarot deck just one year after Hunt’s painting was hung in St. Paul’s, so there is likely a direct link there.

Most Bible readers take Daniel’s “Ancient of Days” to be God himself, but the Mormon understanding is that the title refers to Michael, who lived on earth as Adam, the most ancient of men. This idea even made it into the Mormon hymnal.

@Wm - I think you mean this blog post: https://charltonteaching.blogspot.com/2018/10/tychonievichs-meditations-on-tarot.html

That's the one, Bruce. Thanks.