I stopped at a red light, and the motorcyclist in front of me had something written across the back of her T-shirt. Her ponytail covered up part of the writing, though, so that all I could see of it was "TRY YOU."

Then she turned her head slightly, and the ponytail shifted, so that only "OUR BEST" was visible. Another slight shift, and the O was hidden from view, leaving "UR BEST." At that moment, I became aware of the motorcycle next to hers, which had a big box on the back labeled "Uber Eats" -- a perfect anagram of "U are best."

I mentally rolled my eyes and thought, "U R best? Come on, sync fairies, what kind of vapid feelgooderism is this?" 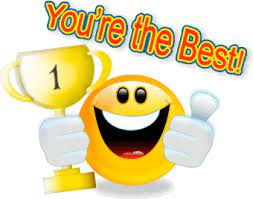 The ponytail shifted again, making "YOUR BEST" visible. Then the light changed, and that was the end of that.

Later, though, I realized that there might be a slightly more complex message here.

TRY YOU
OUR BEST
UR BEST
YOUR BEST

We will try you our best -- test you as thoroughly as we know how -- and then you will be "best" -- not in the sense of being better than anyone else, but being your best.

Beloved, think it not strange concerning the fiery trial which is to try you, as though some strange thing happened unto you: But rejoice, inasmuch as ye are partakers of Christ’s sufferings; that, when his glory shall be revealed, ye may be glad also with exceeding joy (1 Pet. 4:12-13).